We created a top 5 for shopping sites in both countries, based on total visits. 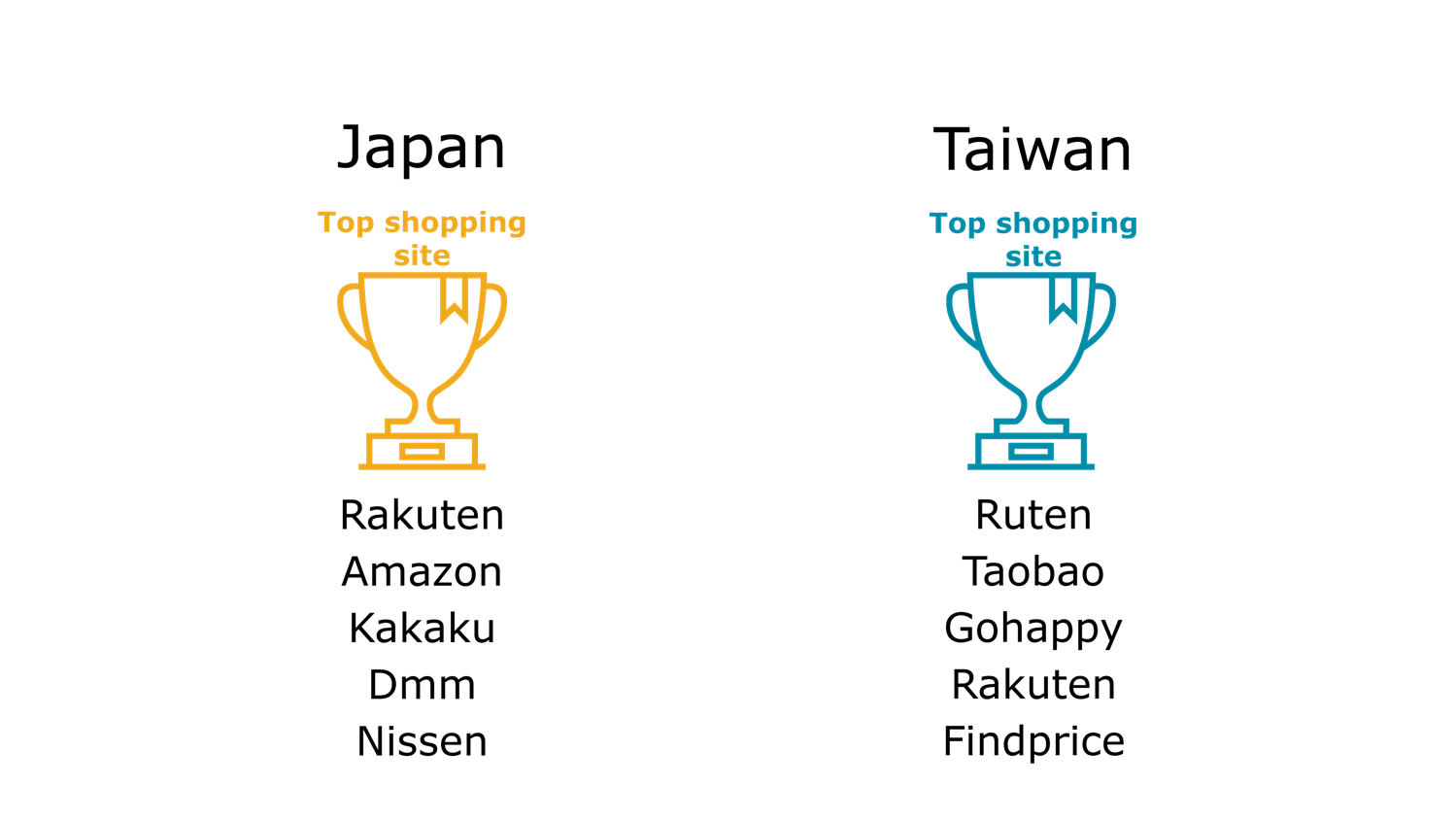 Rakuten is the most visited shopping site in Japan by far, not just reaching number 1 in shopping domain visits but also number 2 across all domains in terms of reach. Amazon is used far more frequently in Japan than in Taiwan, which is due to the fact that Amazon doesn’t have a local website for Taiwan and has not expanded its services fully to Taiwan in the same way it has for Japan. Ruten, a consumer-to-consumer marketplace, ranked highest in Taiwan. 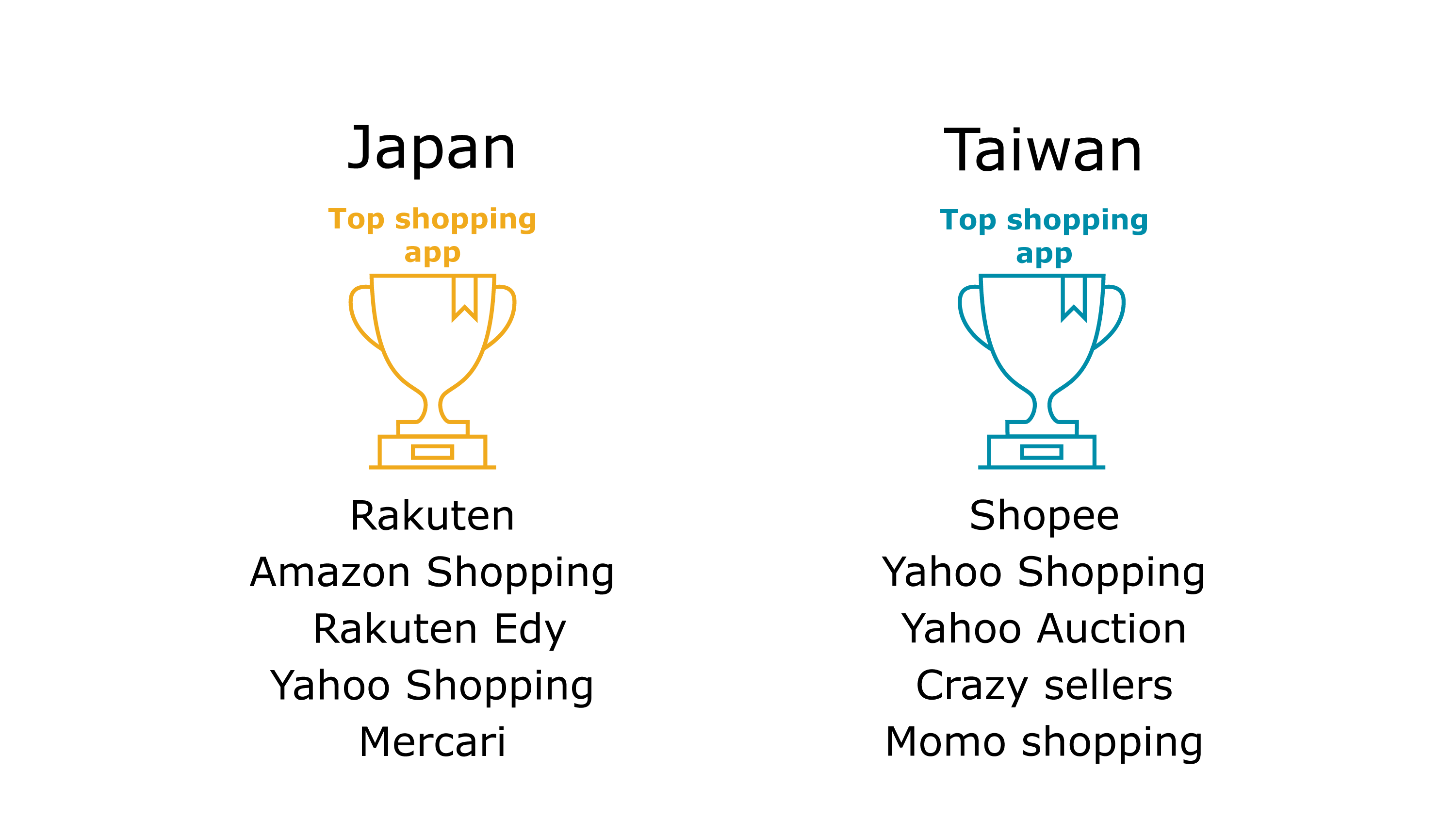 In the top 5 ranking for shopping apps, while Rakuten and Amazon remain the number 1 and 2 in Japan, Taiwan’s ranking is radically different from the top 5 domains, introducing Shopee as the number 1 app. Yahoo also makes an appearance here, reflecting the fact that it is the site with this highest reach overall for both countries.

Most active shopping time of the day 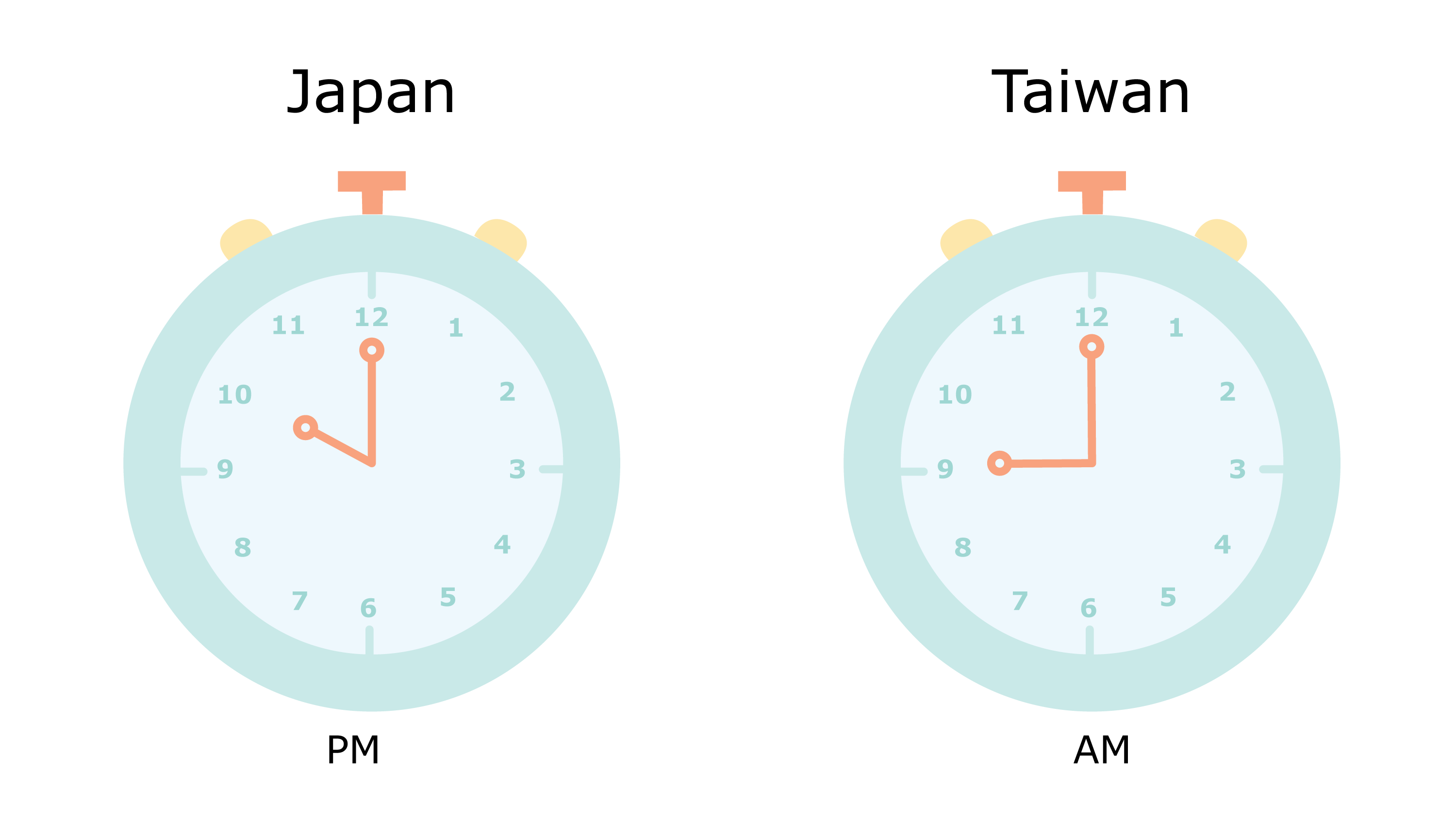 We also found that when it comes to shopping, Japan busiest hour is 10pm in terms of unique visits.  Generally, our Japanese participants were most active late in the evening. In contrast, Taiwan’s busiest hour for shopping happened around 9am. 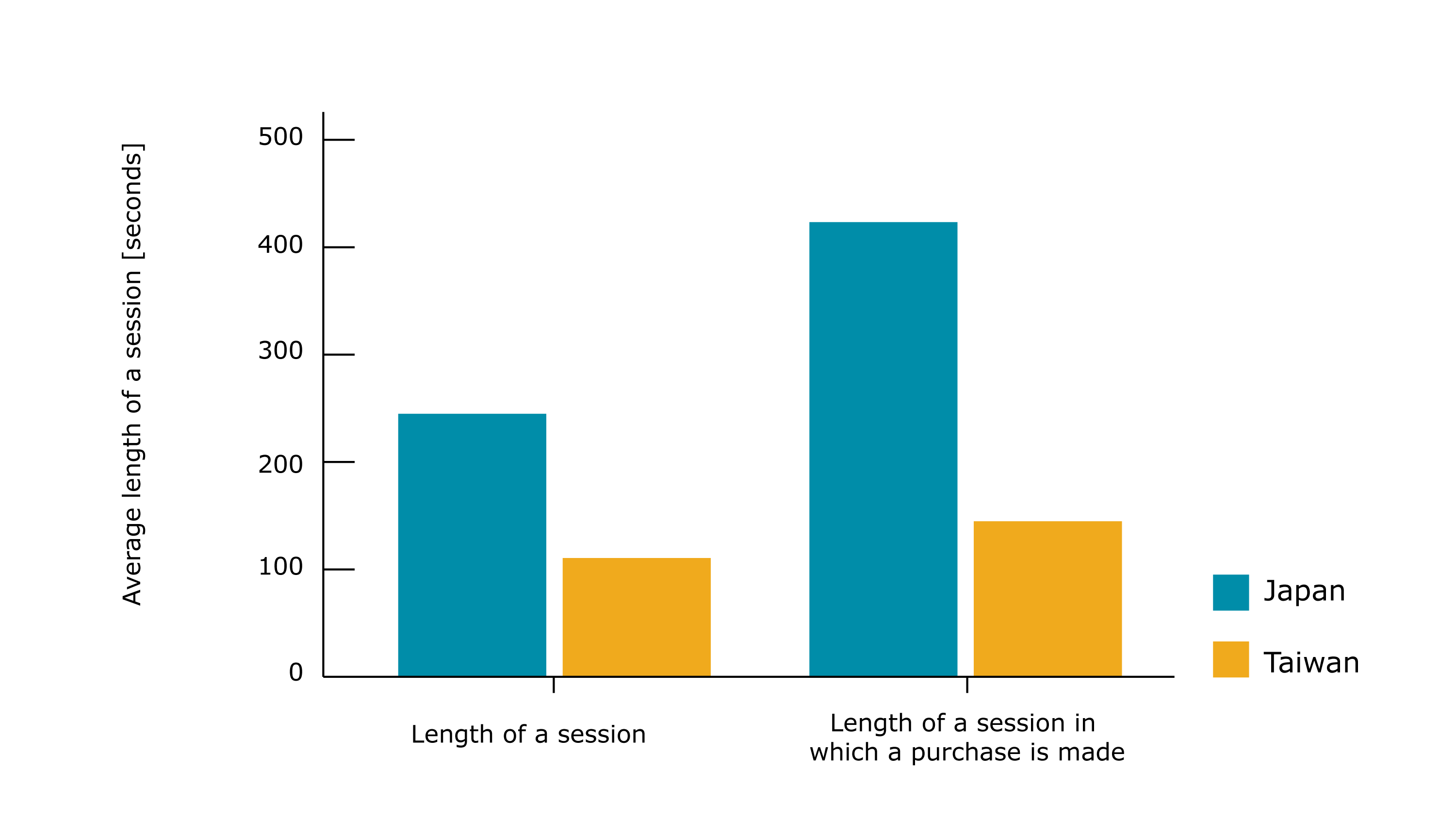 Within our panel, we found the average length of a session in Japan is more than twice as long as in Taiwan, and almost 3 times as long for a purchase session. This is something we also found when we examined individual paths to purchase. Our example for Japan consists of two long sessions, whereas for Taiwan the journey happens in multiple short sessions split over a week.

Using our passively tracked data, we were able to reconstruct two paths to smartphone purchase journeys from our panels. 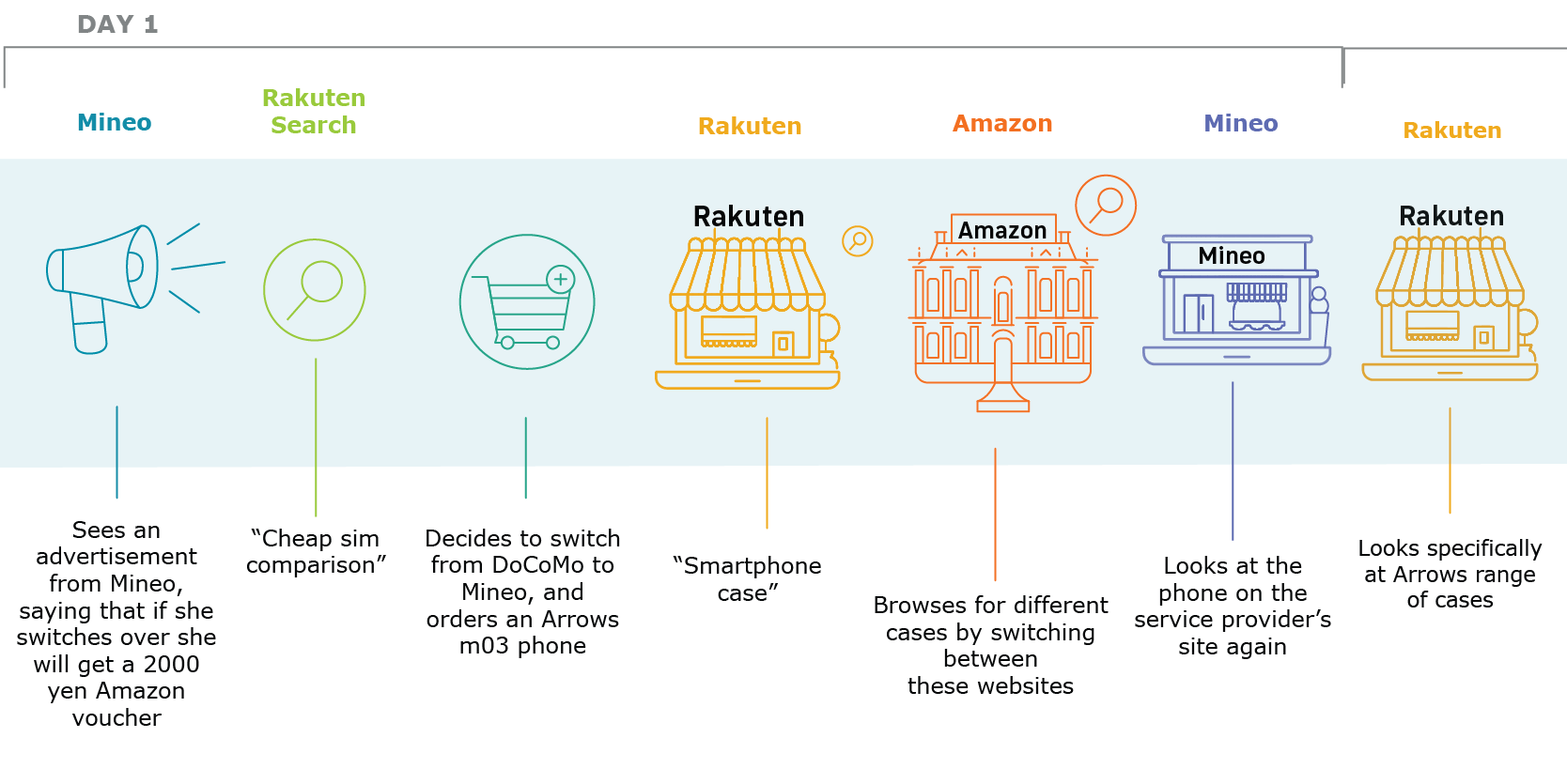 Our Japanese participant started her journey with seeing an advertisement from Mineo, saying that if she purchases a device from Mineo and attracts new clients she will get a ¥2000 Amazon voucher for each person she recruits. After seeing the ad, she looked up 'cheap sim comparison’ on Rakuten websearch, made the decision to switch from her DoCoMo device to Mineo, and decided on ordering a Fujitsu Arrows m03 phone. She might also have recruited a family member/friend, to take advantage of the deal.

From here, she went straight to Rakuten and searched 'smartphone case’. She looked at a range of different cases, while occasionally switching back to look at the device she just purchased on the Mineo website (perhaps to see what it looks like and compare how it would work with the cases she is seeing). She also checked phone cases on Amazon, but decided to return to Rakuten to continue her browsing. The next day, she returned to Rakuten and narrowed her search to the ‘Arrows’ range of phone cases. 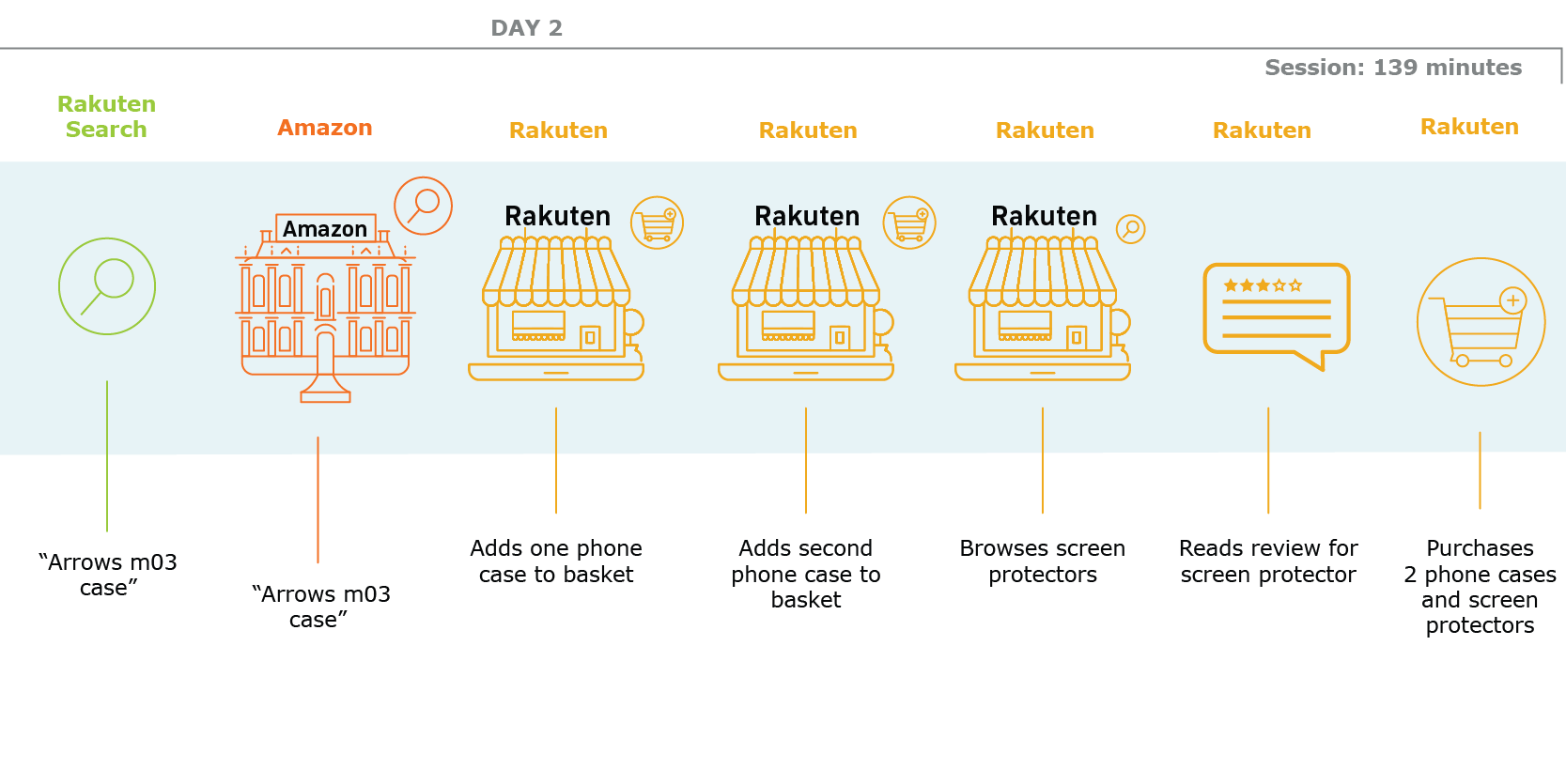 After some more browsing she narrowed her search even further, specifically searching for ‘arrows m03 case’ on Rakuten and Amazon. Finally, she decided on two cases on Rakuten and added them to her basket. She stayed on Rakuten to also search for a screen protector, which she added two to her basket after reading reviews. The total time it took her to buy the phone cases and screen protectors was 2 hours and 19 minutes, and involved 345 pageviews.

In her post-survey, she confirmed that she bought a Fujitsu Arrows m03 phone, and that her family was her main source of information about the purchase as well as the trigger for purchase. 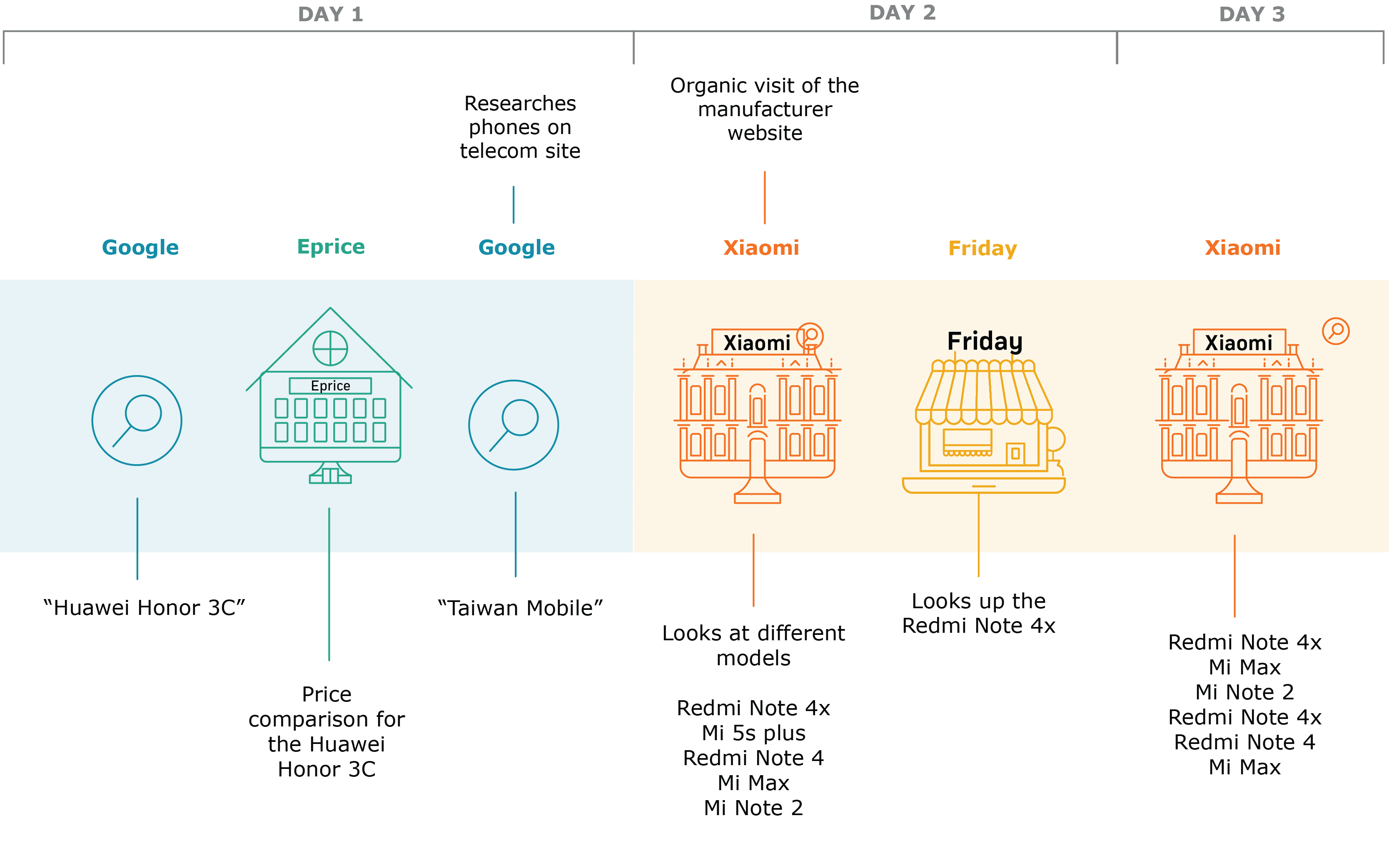 This journey starts with our Taiwanese participant searching for the Huawei Honor 3C on Google. From there, he visited a price comparison website to see some of the prices for the phone. He also googled Taiwan Mobile, and started looking around the site at mobile devices, but didn't find what he's looking for and makes no purchase.

The next day, he went straight to Xiaomi (a phone manufacturer) on his mobile device to start looking for phones. Here, he looked at a range of different models, and subsequently looked up the Xiaomi Redmi Note 4x on shopping.friday.tw. A day later, he returned to the manufacturer website on his mobile device to look at different phones once again, but still made no purchase. 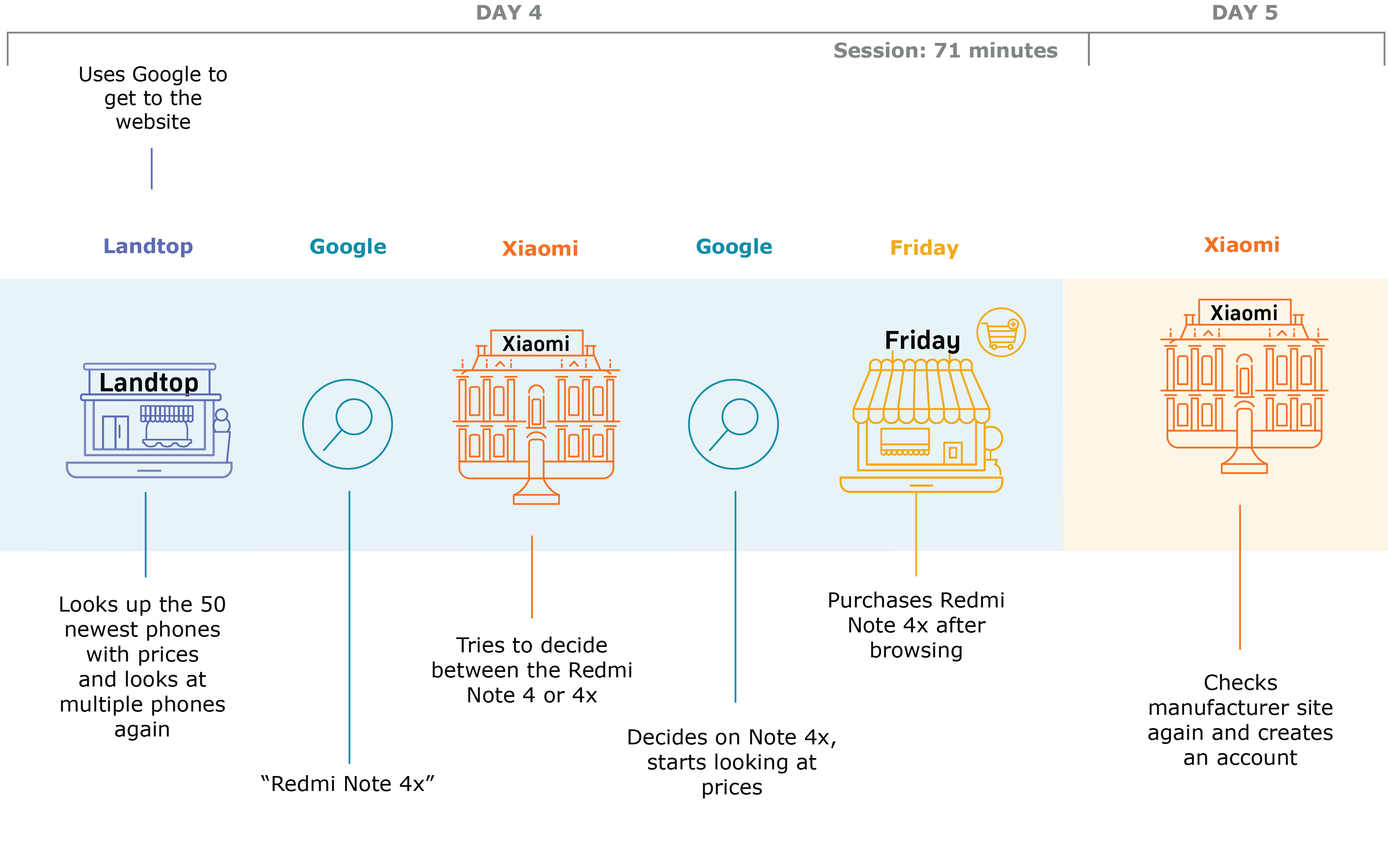 On day four, he used Google to find 'landtop’, a price comparison website.

Finally, he chose the Note 4x, and started looking at prices of the phone on shopping.friday.tw. Here, he found the phone he wanted, logged into the site, and made the purchase. The purchase session of the phone itself took 71 minutes.

The next day, he checked manufacturer site again, where he signed up and created an account, perhaps so he could buy accessories. 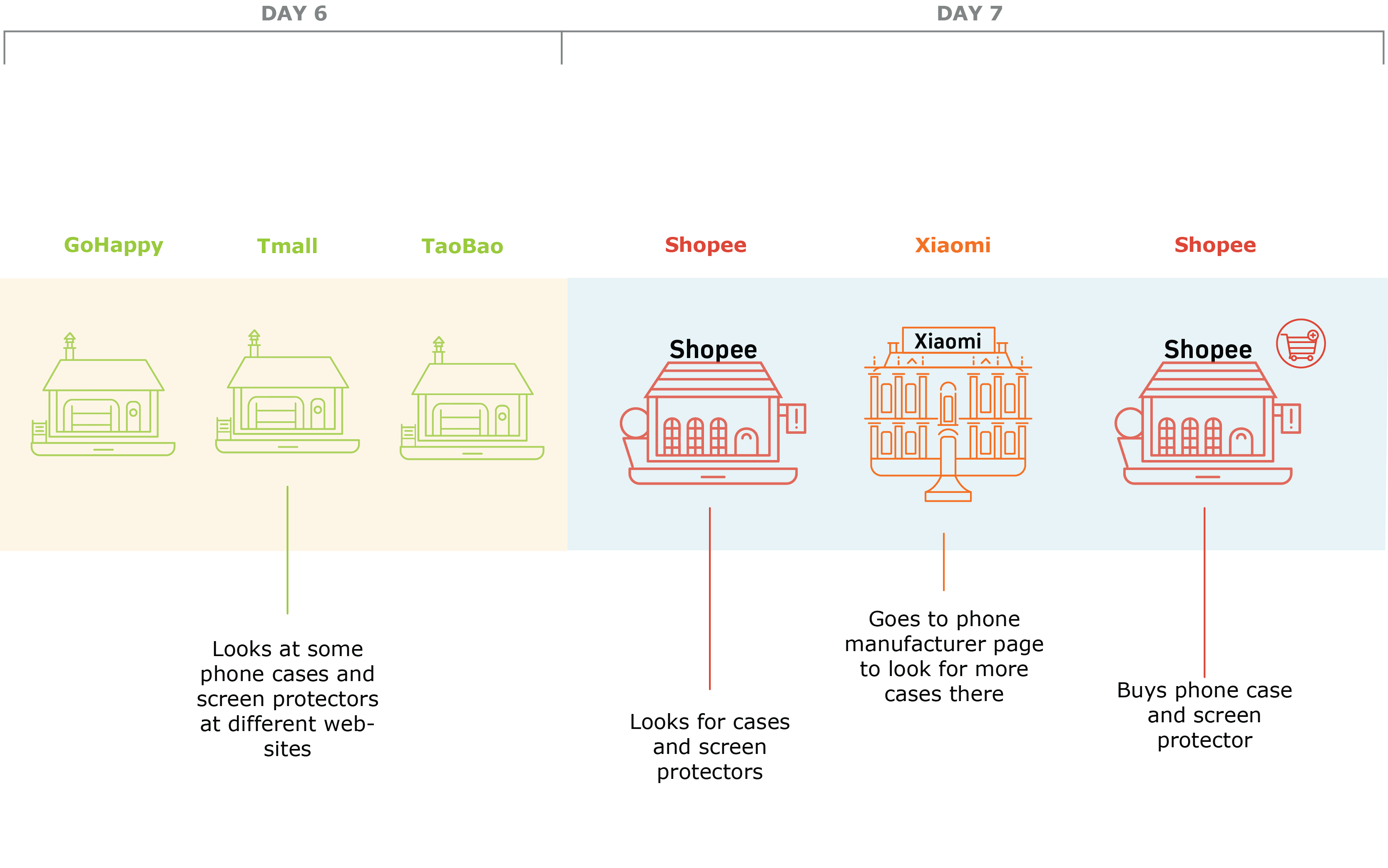 The total purchase journeys happened over the span of a week and involved sessions on both desktop (shaded blue) and mobile (shaded orange) activity.

In the post-survey, he indicated that he did indeed purchase the Xiaomi Redmi Note 4x, that this purchase was a gift, and that he bought it online because he got a better price and because he prefers online shopping in general.

The main takeaways from this study are that there are major differences in the online behavior across Japan and Taiwan, as well as some similarities. One of the most striking differences is the sheer difference in amount of time spent online, which was almost twice as much on desktop for Japan and seven times as much on mobile. Japan was also mobile-first, whereas Taiwanese panelists used their desktop device more. Additionally, we found that the lengths of sessions for Japan, both ‘normal’ sessions and purchase sessions, were longer than for Taiwan. However, this does not necessarily mean they spent more time browsing before making a purchase, as we can see with the individual paths to purchase - it could simply be that in Taiwan, panelists browsed more often but in shorter sessions.

There was also a marked difference in the use of social media platforms, specifically Facebook. As in much of the rest of the world, Facebook had a high reach in Taiwan. In Japan, on the other hand, it reached only 6th in most reached domain, and 13th in most visited domain. The app performed even worse, only reaching 51 unique visitors out of 256.

Rakuten was clearly the number 1 site for shopping in Japan, both on desktop and on mobile. It was also used occasionally in Taiwan, but their shopping was more spread out over multiple domains, such as Ruten, TaoBao and Shopee.

Around the world with behavioral data – Part I

The benefits and challenges of passive metering ...

How to stay relevant & NOT alienate people: The benefits and challenges of passive metering and surveying 13 ...
END_OF_DOCUMENT_TOKEN_TO_BE_REPLACED
August 4, 2017 | Wakoopa Blog

The basics of data analysis on behavioral data